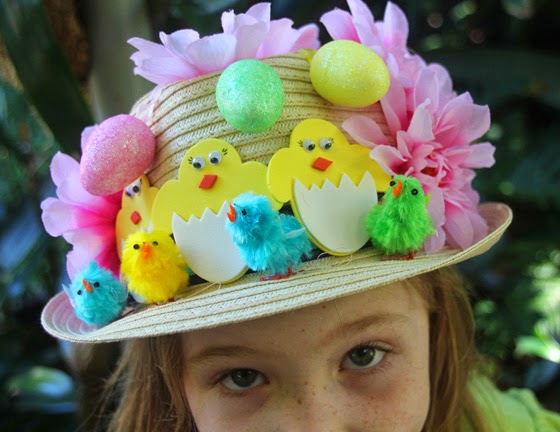 Cakey needs an Easter hat for her school Easter hat parade. Boo wants one because Cakey wants one. I tried really hard to make a hat from paper card but it was beyond me.... instead I bought a super cheap hat and we stuck stuff to it..... much, much easier. The idea was inspired by the gorgeous Easter hat created by Heather Designs. 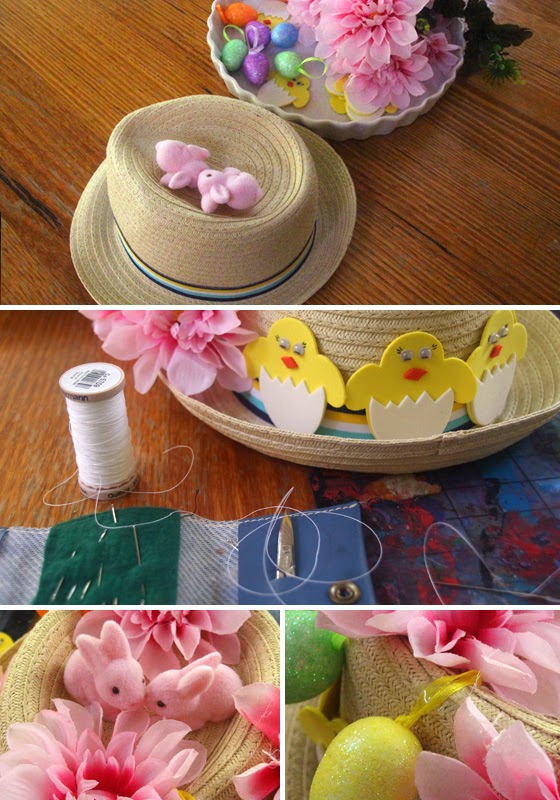 Now to get all that lovely Easter stuff on the hat I used cotton and thread and my hot glue gun. I began by sewing the artificial flowers on where Cakey wanted them. I had planned to sew on everything but that was way too slow. Bring on the hot glue gun.... now here's the thing... I know that crafty people own hot glue guns because they are awesome BUT every single person who has to make stuff for kids should own one. You can get them in the supermarket! Seriously, they glue stuff on really well, really fast. You will burn your fingers but that is a small price to pay in my opinion. 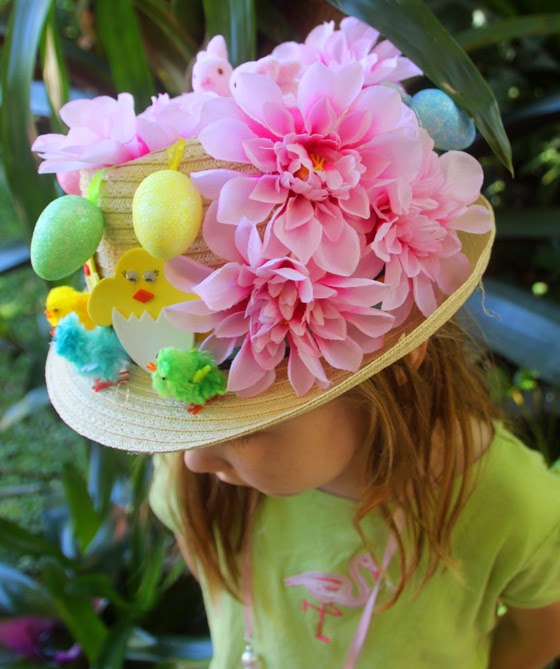 Cakey showed me exactly where she wanted her little chicks, pink bunnies and glittery eggs and I stuck them on the hat for her. She is very happy with the hat and I only burned myself once! 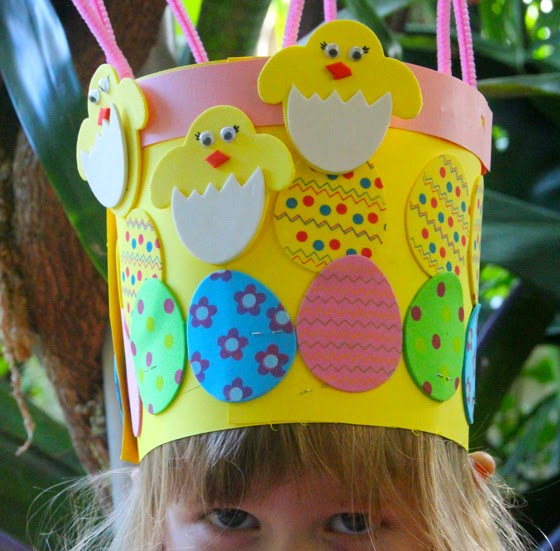 Now Boo's hat is technically a paper crown. I wanted something easy that she could help make herself.  The base of the crown was created from a piece of A3 yellow paper card – it was cut in two pieces, which we stapled together to make one long flat crown.

This crown was inspired by this delightful version from Sun Hats and Wellie Boots. We made the crown very tall so there was plenty of surface to cover with foam easter egg stickers which I found in a local store. You don't need stickers though – you could easily cut out coloured paper easter eggs and glue them on. 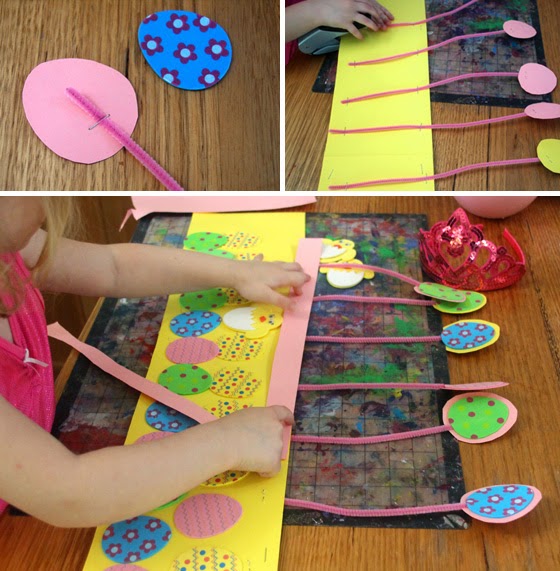 We added some paper eggs on pipecleaners – they look very cute bobbing away on Boo's head! To make these I stapled the end of a pipecleaner to paper card cut in the shape of an Easter egg. I also stuck a foam egg sticker on top of each paper egg which covered up one side of the staple. 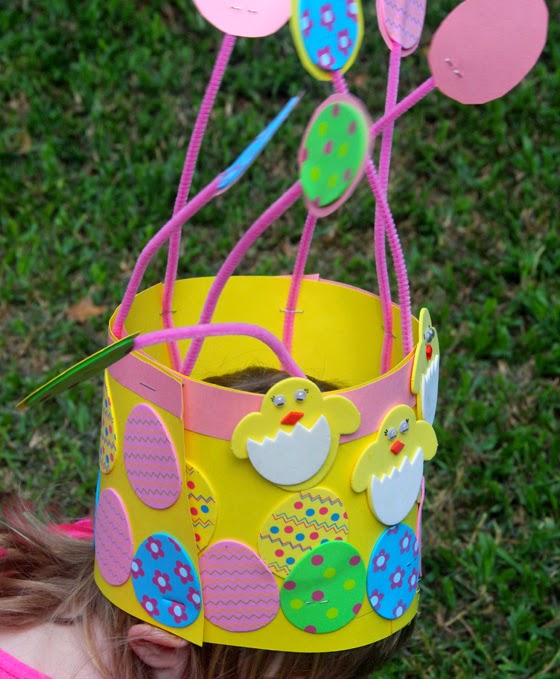 We stuck down a pink edging around the top of the crown – mainly to hide all the staples! I then wrapped the crown around Boo's head and stapled the two ends together to fit.
Some more Easter ideas:
I love those little yellow Easter chicks and you can see what we have done with them in the past here and here and here. We also had a lot of fun making glitter eggs.
I think this little pink felt bunny by Michael Ann is gorgeous if you can sew and I love these leaf print eggs. These treats by Living Locurto look delicious. And, I have created some Easter printables for the kids to give to friends, they are available on Childhood 101.
Cheers, Ali
If this is your first visit to At home with Ali – welcome. If you like it, you can follow along via email, RSS, google+ or facebook. You can also find me on Pinterest and Instagram.

I would love it if you would leave me a comment.